Meme Marketing: Does It Work & Is It For Everybody

Does Your Brand Need Memes or Better Content Writing Services? 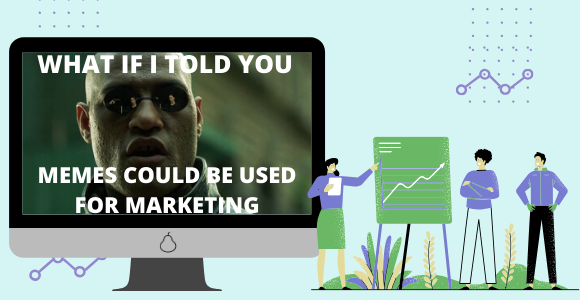 I was recently asked if I am interested in becoming a meme curator for the social media channels of a newly-established hot sauce reviewer. I declined, providing content writing services still looks like the better option for me. But, this offer made me think.

Yes. If you, like me, are thinking: “Do people get paid to create and post memes on the Internet?”, lemme save you some time in wondering and tell you that indeed, they do.

The culture we live in allows it. It’s what people talk about and share every day. Does that mean that, as a business, you should focus on meme marketing to build your brand’s identity or does quality, targeted content writing still matters more? You are about to find out. 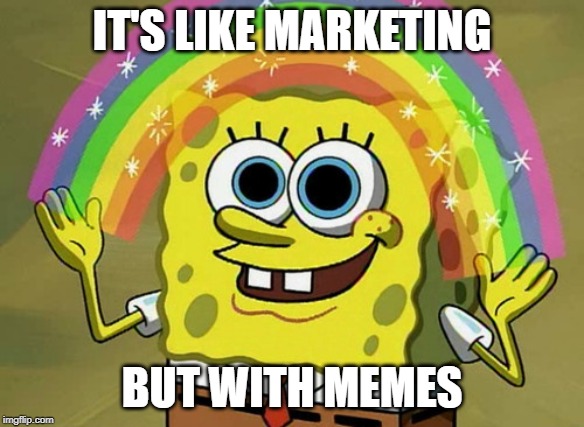 Custom meme, made by me

Memes: What are they really?

Time for some trivia

In terms of etymology, the word ‘meme’ has Ancient Greek origins. The rough translation is “the imitation of something”, or “to imitate”. Yet, it was Richard Dawkins, a British biologist, who coined the term the way we use it today.

The spread of ideas and cultural elements, he argued, was a societal evolutionary principle.

In fewer and much simpler words, memes were the collection of cultural artifacts and ideas we share with each other.

In the 21st century, a meme is simply associated with images on the internet that go reshared by the people in the digital space for their wit, graphics, and relevance.

My personal favorites are Kermit the Frog memes but that’s none of this article’s business. *loud slurp* 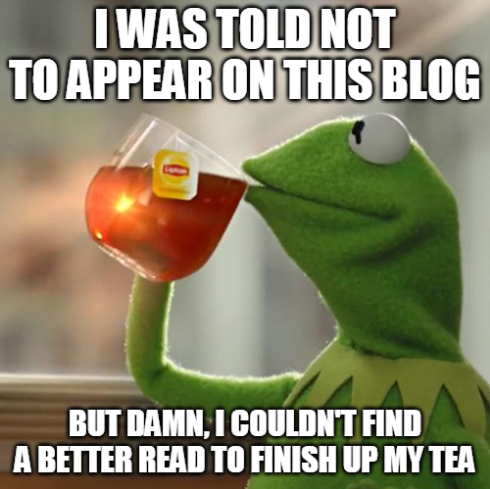 Where Do They Come From

Born and bred in the vast land of the Internet

As I mentioned already, there are people whose job is to either source memes or create original ones themselves.

If you have an authentic idea for a meme, there exist websites like imgflip that make it easy to bring your ideas to life. With hundreds of popular images used for memes, it could take seconds. It is what I used for the making of the Sponge Bob meme above.

Or, if you have a larger budget, like Heinz, you can hire professional meme-makers to come up with a very clever meme that engages people in a debate and get millions of impressions.

What Makes a Marketing Meme Viral

The cure to low brand engagement?

The modern competitive social media scene that is often like a battlefield of companies promoting their brands. They are in the constant competition who is going to shout the loudest and pay more for advertising.

And here come the memes – the antidote to branded content that gets in your face.

The best ones are hilarious, with relatable imagery often taken from pop culture, and makes you want to share it.

That’s pretty much the recipe for a good meme, right there, you’re welcome. There used to be a saying in the Roman Empire that said: “People anxiously desire bread and circuses.” It alludes to our constant craving for entertainment and if it’s packed as a sweet, snackable content on their news feed, even better.

Memes could seem like the much cheaper alternative of paying for content writing services. What makes it look so? A simple fact: when it comes to social media, people are much more likely to share a funny image that has little to no text than a branded and sponsored message.

We rarely want to be associated with brands online, but we always want our friends to think we are funny. Memes just facilitate the latter.

Does It Ever Go Wrong?

The barriers to successful meme marketing

The social media has seen some failures when it comes to meme marketing. Over time some memes have gotten a life of their own and a meaning of their own. Like Pepe the Frog, for example, which has been linked to white supremacists.

Knowing that it should be a no-brainer to you why Wendy’s probably shouldn’t have tweeted it. 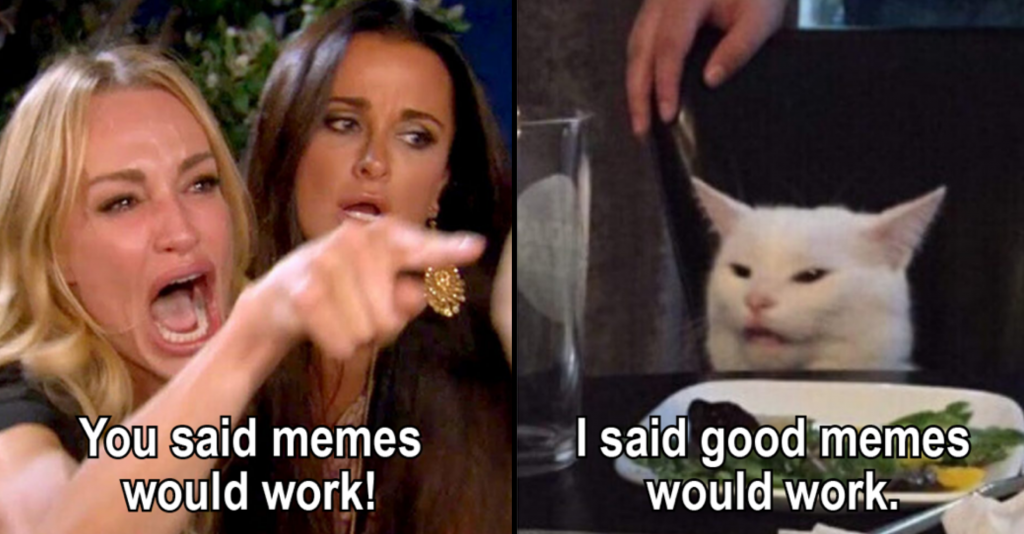 With all being said about how effective memes can be for the seamless promotion of your brand, I don’t think that meme marketing is as universal as it seems and that it is for everyone.

Memes could pave your way to becoming viral but as any content marketing strategy, creating or sharing memes has its best practices, rules, and limitations. Here is a list of the ones I see as most relevant:

If you want to jump on board with making memes and increasе the engagement with your brand through that, go for it! But, take into consideration that it’s not as easy as it seems, that it could go wrong, and that if you want to conquer big heights in content marketing, you still might have to consider professional content writing services. That being said, don’t be afraid to experiment with resharing memes or making your own because it might just be that little boost that your Facebook page needs. 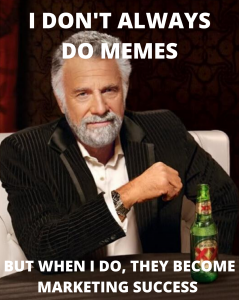 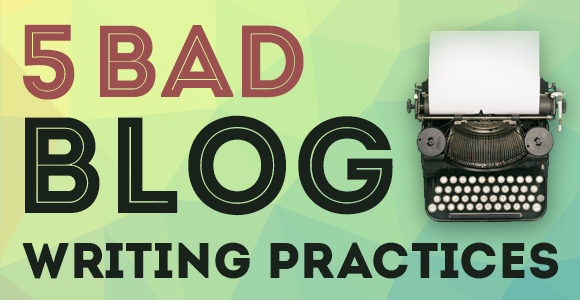 I’ve been into blogging for quite some time and during my experience, I picked some habits. Some bad and some good. I believe I’ve shared enough good practices and examples over the years and in... 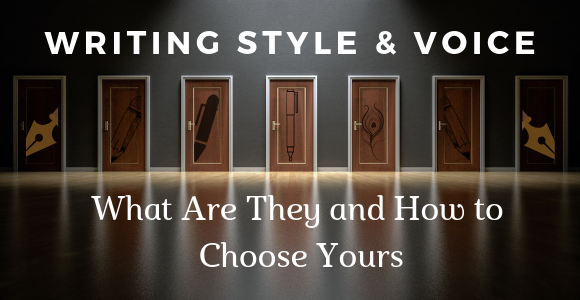 Writing Style & Voice – What Are They and How to Choose Yours

If you have already checked out our website, you might have noticed the “Order Content” button. Upon clicking it, you’ll be taken to a page that lets you indicate your preferences – the type... 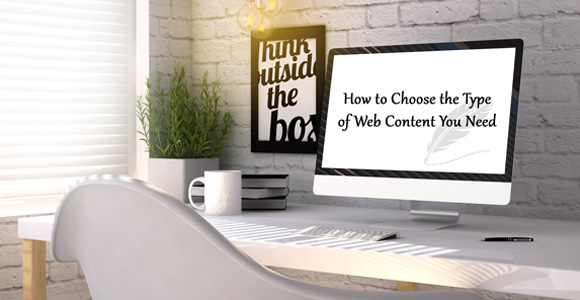 How to Choose the Type of Web Content You Need

Content types are the fundamental building blocks of a content management system, а brand, or a digital ecosystem. We specialize in SEO copywriting services, and in addition, we will help you...