Psychology in Apps — How to Use It to Your Advantage

The Three Psychological Effects That Get to Us All 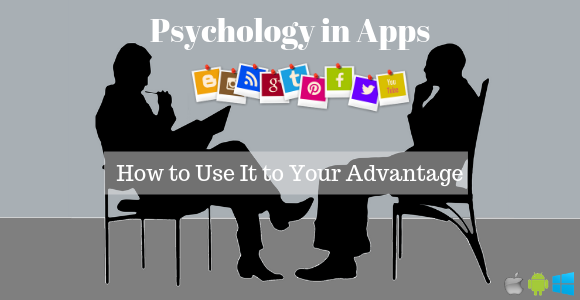 If only we knew why people do the things they do. That’s what I found myself wondering the other day. And then, social and behavioral psychology, two of my dear friends, were kind enough to give me some answers. Now, psychology, in general, is a very broad notion even if we are just talking about apps. So, I put some boundaries. There are several points or effects I will touch on in this blog that all relate to basic behavioral human traits and how they affect the way we use apps. If you are an app developer or a content writing services expert, these insights will help you.

It all began with jam.

Did you get a tad bit paralyzed hearing about this? It’s okay. We have all been there. Choice paralysis is the effect that occurs when we are faced with an overwhelming number of choices. Choices that instead of allowing us more and better alternatives, actually act as a brainkiller.

This effect was first discovered by psychologists Sheena Iyengar and Mark Lepper back in 2000. They collaborated with an upscale food market to organize a sampling table. On the first day, they offered people a total of 24 different varieties of gourmet jam. Every person who sampled the spreads got a coupon for $1 discount for any jam if they were to buy one. On another day, they repeated the same thing, only this time there were only 6 varieties of jam. Significantly fewer people were interested in sampling, but more of them actually purchased a jar afterward.

So, what can we conclude? We are naturally attracted to having choices, but too many of them paralyze us and we make no choice at all.

How can you apply this to apps?

Don’t overwhelm users with too many options right from the get-go. Always ask yourself “is this extra feature really necessary at this point?” Once you have the choices, it will be up to your content writing team to make those available choices sound as enticing as possible. If you don’t have one, we know a bunch of talented writers who can help with that, khm.

Have you ever been a waiter/waitress? This will make sense in a sec, I promise. Almost a century ago in 1927, Lithuanian psychologist Bluma Zeigarnik studied the effect of interruption on memory processing. She discovered that tasks that require our clear focus and attention to complete can actually benefit from an interruption. The more incomplete we leave them, the better we remember details about them.

How did she discover it?

Very simple. Participants in the study had to complete the same tasks, e.g. solving a puzzle. For half of these tasks, participants were subtly interrupted, while they were left on their own to complete the second half. After she interviewed them individually after that, she observed that participants could recall details from the interrupted tasks around 90% better than those without interruptions.

Now, back to the waiters. If you have been one, you know how remembering orders becomes really easy despite the hectic environment you are in. One table orders, and then another one, someone from a third table shouts they want to change their order, but still, you remember it all. At the end of the night, most of it is gone, but that happens after you have completed the task.

A great way to use this principle in the world of apps is in re-engagement. Reminding users that there is an action they left uncompleted has a great chance of drawing them back to your app. “Oh no, you left before finishing level 3! Go back and show ’em how it’s done!” Or whatever your team comes up with. If you’re using content writing services, make sure to communicate those types of tricks to the writers.

You can’t help it. Unless you’re a sociopath.

In 1971, Dennis Regan conducted the so-called “soda experiment.” In a nutshell, participants had to evaluate paintings with Joe, Deniss’ friend, in the room with them. With some people, Joe was really polite and gave them a soda, with others, he was rather rude and there was no free soda. In the end, Joe asked each participant if they wanted to buy raffle tickets. What do you think? Those who got a free drink bought twice as many tickets as opposed to those who didn’t get a soda.

How can you use it in apps?

It’s really simple. Give before you ask. For example, if you want to hook a user on your app, give them a little taste of it first. An exclusive trial. That will make them more likely to create an account and submit their details or approve location access, and other features necessary for the app. Yes, content creation plays a major role here, both written and visual content.

There are many other effects where these came from, but to me, those are among the top three none of us can escape. If you already have an app out into the world, try incorporating these and update it. Test it and let me know if you saw greater engagement and increase in downloads. I’ll be here!

What Every PPC Expert Should Кnow

PPC, also known as Paid Search Advertising (PSA), is important for your online business success, and I believe that it is a necessary component of the complete and successful marketing campaign.... 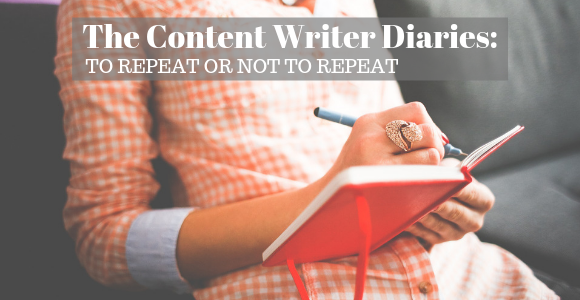 The Content Writer Diaries: To Repeat or Not to Repeat

Repeat after me: What I learned in school does not reflect real life. I am talking about those essays covered in red with your teacher’s comments to avoid repetition and “Choose a different word.”... 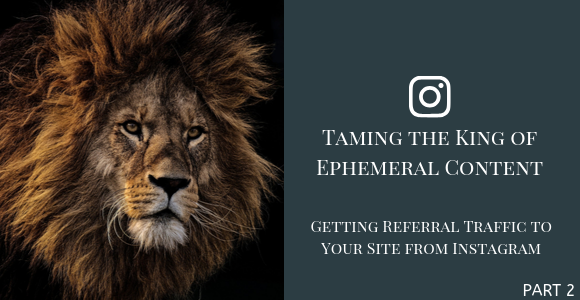 For those of you just catching up, we already started taming the king last time. If you’re too lazy to read the whole thing, here’s the TL;DR of Part 1: Instagram is a great source to get referral...